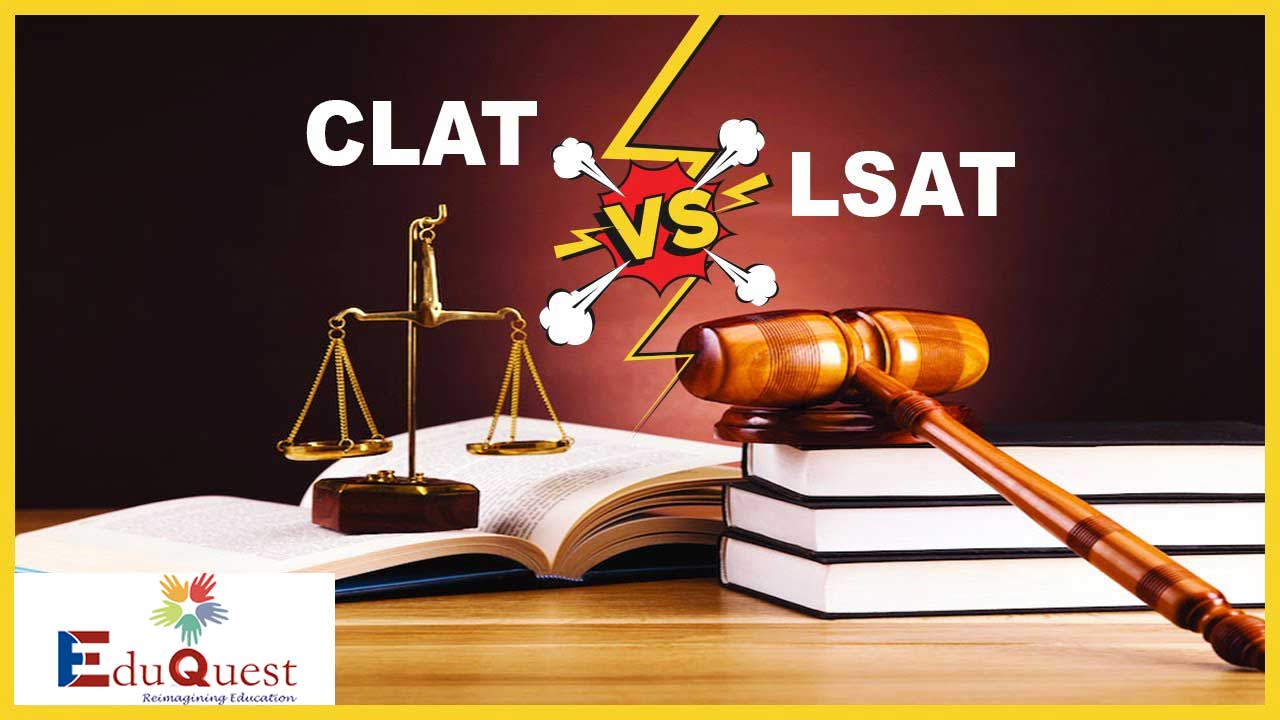 Many times students are not able to choose one college and keep their options open to be on a safer side. Many students prepare for more than one examination that has a similar structure to save the time of preparation, and it gives admission security to them during the rising competition. For law, students have to start preparing as early as possible because of its tough exam pattern and the competition.

They appear for both exams LSAT and CLAT and make the best of their exam preparation simultaneously. In this article of EduQuest, we have shown significant differences between LSAT and CLAT to make students understand how choosing LSAT over CLAT is more beneficial and give students more chances to study in prestigious Indian law universities. We will try to incorporate all the necessary details about both the entrance examinations to make it easier for you to make up your mind. So, let’s start.

Difference between LSAT and CLAT

As compared to CLAT, LSAT is widely accepted in India. Around 53 colleges in India accept admissions under LSAT whereas there are just 21 National law Universities that accept CLAT. Let’s compare both the entrance tests in different categories.

WHICH IS TOUGHER TO CRACK?

The difficulty level of questions

WHAT SHOULD YOU GIVE: LSAT OR CLAT?

Students need to know where they want to study when they are deciding to give a law entrance exam. Students should go through the colleges that take CLAT into account and as their medium of admission and if you are not interested in taking admission in any of those colleges then you should focus on LSAT India. Secondly, look for your strengths and weaknesses, and then make the right decision. Analyze skills that are tested in both the examinations as we have also mentioned above and introspect if you can ace those skills. If you are good at mathematics and legal aptitude you should take on CLAT but if you lack in both then LSAT India is the right exam for you.

SUMMING UP WHY LSAT IS BETTER THAN CLAT?

CLAT is considered to be as difficult by many professionals and LSAT is easier when compared to CLAT. Above we have discussed how CLAT and LSAT are different from each other in various parameters, and how you should decide which law entrance exam you should take. In this subheading, we will be summing up how choosing LSAT over CLAT will be more beneficial for you. So, LSAT is generally considered easier and best than CLAT because of several reasons out of which you are mentioned below:

"An investment in knowledge pays the best interest."